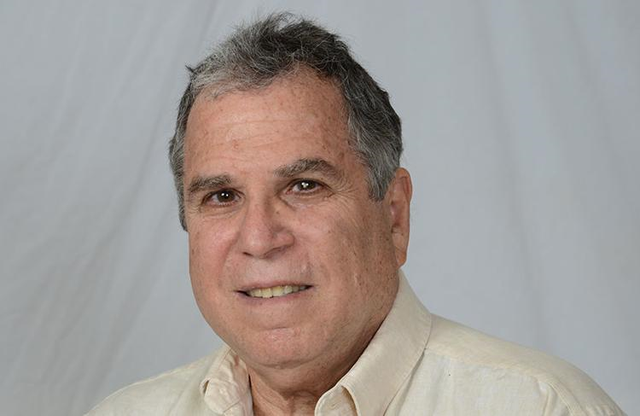 Early in 2020, China publicly reported a mysterious flu-like illness rampant for several weeks in the city of Wuhan. By the end of January, Chinese authorities isolated the city to prevent its spread.

The World Health Organization (WHO) warned member states of an impending pandemic from a novel coronavirus, named COVID-19. Like many emerging “zoonotic” diseases, the virus likely originated in bats, spread to other animals, and then “jumped species” to afflict humans who lacked inherited immunity. In the past 30 years, outbreaks of SARS, MERS, H1N1 flu, and Ebola had followed similar pathways.

By late-January, numerous health, economic and security advisers in and outside the Trump administration predicted that COVID-19 would spread globally with lethal impact. President Trump either ignored or disparaged these predictions, telling aides that he formulated policy based on his “instinct” or “gut,” not the bellyaching of career officials and scientists he suspected of working for what he labeled the “deep state.”

As a measure of his disdain for science, Trump had dissolved several working groups inside federal agencies that the Bush and Obama administrations had tasked with preparing for global health threats. Although no president could prevent a pandemic, the lack of preparation left the country woefully unprepared.

Nations have often responded to pandemics by blaming others. For example, the transmission of syphilis from the New World in the 1490s led Spain, France and England to accuse each other of creating the disease. The outbreak of bubonic plague in the 14th century was attributed to Jews.

The global influenza outbreak of 1918 was dubbed the Spanish flu, mostly because it was first reported that spring in Spanish newspapers that, unlike the wartime press in most countries, remained uncensored. The disease may actually have originated among soldiers in Kansas in the spring of 1918. When infections worsened in the fall, conspiracy mongers suggested Germany, near defeat, had unleashed a biological weapon.

Slow reporting of the 1918 flu contributed to worldwide deaths of over 50 million and as many as 600,000 American fatalities. Then, like now, few medical responses beyond masks, social distancing, and hand washing mitigated the spread. President Woodrow Wilson, who suffered a serious infection in Paris early in 1919 while negotiating the treaty ending World War I, remained oddly silent.

The nation’s mayors took the lead in imposing public health measures. Cities like New York and St. Louis that strictly limited public gatherings, mandated wearing masks and closed many businesses, experienced lower infection and death rates than those like Philadelphia that ignored precautions. When Denver eased restrictions prematurely, the flu returned with a vengeance. Cities enforcing stringent restrictions recovered economically much faster than those that conducted business as usual.

In late-January 2020, Trump, like leaders in many countries, imposed a partial ban on travel from China, later extended to Europe. This probably slowed the initial spread of disease. However, the administration did little over the next six weeks to prepare for its inevitable arrival. It failed to stockpile essential medical equipment or develop testing protocols and quarantine procedures.

During the spring of 2020, Trump first dismissed the disease as a “hoax” fanned by his political opponents, then blamed China and the WHO for covering it up. He described himself as a “cheerleader” for America and complained that active measures might negatively impact the stock market and other economic indicators — imperiling his reelection.

Although many politicians, journalists and public health officials initially misjudged the severity of the COVID-19 threat, few were as dismissive as Trump. He called the situation completely “under control” and predicted the virus would soon disappear “like a miracle.”

On March 13, as infections spiked, Trump finally acknowledged the risk faced by Americans. He declared a national health emergency, created an inter-agency task force, suggested that people consider avoiding public spaces, and called on some businesses to close. In a head-spinning reversal, the president and his media allies insisted he had recognized the threat early on and had taken decisive action. He even promoted several untested “miracle cures.”

By the late-April 2020, a million Americans had been infected and nearly 50,000 had died from COVID-19 complications. Urban residents, the elderly and those with underlying health issues such as diabetes, heart disease, and obesity were most at risk. The continued lack of widespread testing suggested that the actual totals were much higher.

As in 1918, governors and mayors took the lead in responding to the crisis. Early in April, most states closed schools, ordered the shuttering of non-essential businesses, and urged residents to remain home and avoid gatherings in order to slow disease transmission. Neo-logisms entered popular discourse. People spoke of “herd immunity,” “social distancing,” “contact tracing,” “flattening the curve” and “sheltering in place.”

Wearing face masks in public became common for the first time since the epidemic of 1918. The spread of the disease exposed chronic lapses in the nation’s public health system, such as the folly of tying health insurance to employment as millions of workers lost their jobs. It also revealed the economic and health vulnerabilities of communities of color who suffered high death rates.

While it began as a health crisis, COVID-19 rapidly sickened the economy. As April ended, over 26 million workers, one in six, had lost their job. Projections of unemployment reached as high as 20%. So-called gig workers and low wage employees in the restaurant, hospitality and travel industry were especially hard hit. Air travel declined by an astounding 96%. Professional sports and theaters closed. Millions of employees with jobs worked remotely, while events like marriages and funerals were conducted online. Economists warned that national productivity (GDP) might decline by 30%. Nothing like this had happened since the Great Depression of the 1930s. Even then, the collapse took several years, not weeks. Trump predicted that prosperity would spring back as soon as the virus abated. Yet in the 1930s, even with major New Deal stimulus programs, the toll of the Great Depression lingered until the start of World War II.

Congress and the Federal Reserve rushed to assist unemployed individuals and cash-strapped businesses with multi-trillion dollar assistance packages. Although national politicians agreed on some points, many Democrats and Republics disagreed about how much temporary as opposed to long-term assistance should go to workers, local and state governments, and medical providers.

President Franklin Roosevelt utilized the crisis of the 1930s to promote major economic reforms such as Social Security, minimum wage laws, and public works programs. In 2020 the two parties disputed whether to link enhanced employment and health benefits to additional recovery aid. Days before Trump declared a health emergency, Dr. James Lawler, an infectious disease specialist who advised presidents George W Bush and Barack Obama, wrote to colleagues that no one could have prevented COVID-19 from coming to America. But as early as 2006 the nation had plans to meet the challenge of emerging diseases. His team devised responses resembling those followed in Hong Kong, Taiwan and Singapore.

“Pilots,” Lawler explained, know “what happens when a crew makes decisions based on intuition rather than what their instruments are telling them.”