Waiting for something new and different? Or just getting tired of the solo and squad mode? How about this news — The Operation Union! A brand new version of Refight: Burning Engine will be online on July 23.The force joint with battle Royale based on tanks must make huge difference to the game. 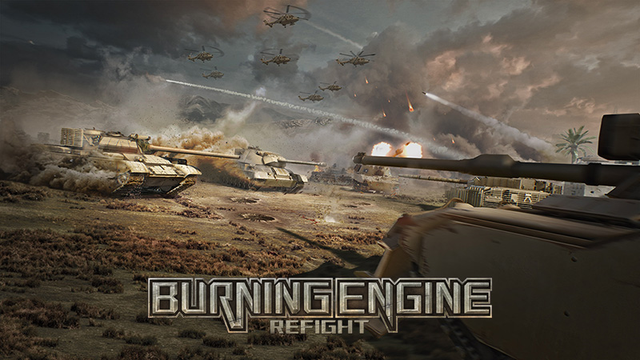 Based on the squad mode, the concept of force is introduced into the Operation Union, a brand new game mode. As a member of a 3-players team, our player should join in a camp to fight against each other in this 15VS15 mode. Besides, players now have chances returning back to the war and fight again.

Balance of games means a lot to players, and it’s what we’ve been working on .In the new version, Mk.6 will get a new composite armor equipped inside the head of the tank. The new armor can enhance its defense further to keep MK.6 survive longer even though it can’t move that fast.

Along with the revision of shop’s interface, lots of new skin packs are for sale. These new skins are pretty cool and able to hide the tanks well in the battlefield. Besides, the same skin on different tanks will also look much different.

It is independently developed by Brahma Games. “Refight: Burning Engine” is a military simulation survival PVP game. The game introduces vehicles into a battle Royale setting. It uses UE4 to create a huge realistic sandbox for players. STEAM: https://store.steampowered.com/app/773520/